All aboard for the Hairstreak Express to High Huntingdon Elm

Posted on July 28, 2016 by ianswalkonthewildside

Wow, what a day and what an event. And yes, I got to see a White-letter Hairstreak Butterfly! It was very small, very high up in the tree canopy, and a bit far away and fleeting – but, indisputably, the real deal. 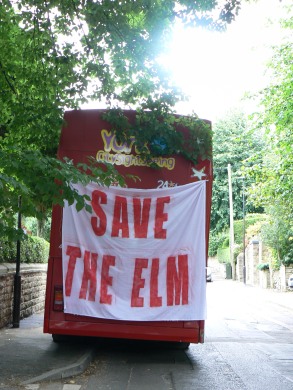 We had lots of people – local and from far and wide, and loads of media coverage too with Sheffield Live, BBC Look North, and the Sheffield Star etc. 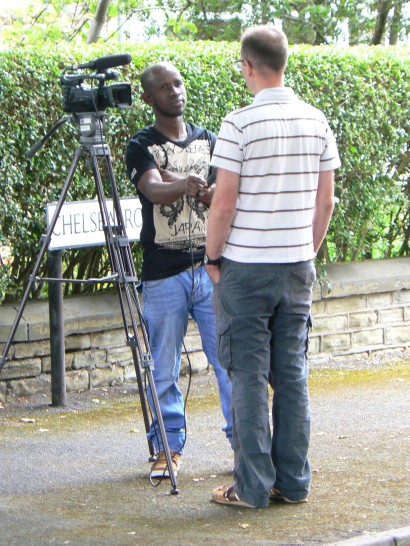 So, what was it all about? This is a fantastic 100-year old specimen of a Huntingdon Elm, a planted variety that is more resistant than usual to the dreaded Dutch Elm Disease. It is also home to an elm-specific and therefore rather rare butterfly, the White-letter Hairstreak – all fantastic news, you would think for the tree rooted in the heartland of leafy urban Sheffield. Other records I know of have generally been out in the countryside or at least the urban fringe.

But here’s the rub, Amey and Sheffield City Council feel this magnificent tree is ‘disrupting the road and the pavement’ – and we all know what that means – doom and gloom for a tree now in excellent health and in the prime of its life!!

However, don’t fret because Amey will ‘....plant another one‘ – wow trees come 100-foot tall and ready to go as butterfly habitat – that certainly passed me by. Isn’t it amazing what you don’t know??! 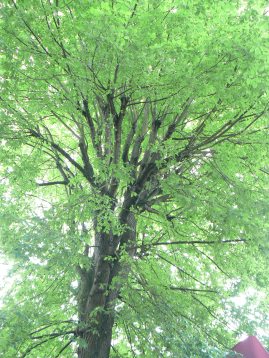 Oh, and apparently Dave Dillner’s legal appeal has finally been turned down, because, guess what… the judge felt ‘Amey were planting replacements like for like…..and so what is the fuss about?’ As Charles Dickens wrote in Oliver Twist, “If the law supposes that,” said Mr. Bumble, squeezing his hat emphatically in both hands, “the law is a ass—a idiot.” Oh too true!!

Come on Mr Judge – open your eyes and look at the real world here in Sheffield – I guess you don’t benefit from Amey where you live – just my hunch of course!

Better still, apparently Sheffield City Council have said that they ‘…...will trans-locate the butterfly colony‘ . Now there’s another trick I didn’t know about – I wonder how they will do that …… I wait and watch in wonder and awe!

Incidentally, the White-letter Hairstreak butterfly is a ‘Grade A Local Red Data Book Protected Species‘ for Sheffield – protected by……. you guessed….. Sheffield City Council. So, get out of that one guys……..

Back to more pleasant things and the excitement caused by the open-topped double-decker ‘Atlantean’ bus – just like being back on the school bus run in the 1970s! How exciting. An enthralled audience joined activities led by local campaigner and event organiser Paul Selby, with David Dillner, and a good turnout from local and national organisations and experts – The Woodland Trust, Sheffield Wildlife Trust, The Butterfly Conservation Society, and an authority on rare elms and disease-resistant varieties. There were lots of people and a good mix of adults and kids too.

Cars went passed with people waving and sounding their horns; and then almost threateningly for the old elm tree, an Amey van crept around the corner of Chelsea Road and down Union Road. It seemed to be spying on the proceedings, and to be frank, felt a little creepy! 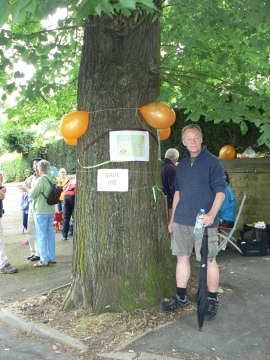 In the heart of Nether Edge with tall ‘forest’ trees all around, the street trees here are part of a hugely valuable and irreplaceable ‘urban forest’, delivering biodiversity, urban greenery, flood and climate mitigation, health and well-being benefits, and adding value to homes, lives,and even to the local economy, Sheffield plc.

Long may this continue!!

Join us in October 2016 for ‘Action for Woods & Trees Part 2‘ – get engaged, get involved. You know it makes sense!